A Pair Of Not So Recent Clean Feeds
With many more to come (…). This makes me think that roundup reviews are not so useful after all. In the future I won’t wait for publishing a write-up until having listened eight CDs of the same label. It’s probably better to break them in smaller groups, or it could take years… 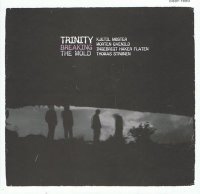 TRINITY – Breaking The Mold (CF 139)
A Norwegian quartet mingling dissimilar influences – jazz, space rock, harsh electronica – through predominantly jarring procedures that could appear scarcely lucid on a first try, but instead let slip a substantial degree of imagination. Ultimately, and most important, Trinity don’t sound like anything else (at least in the Clean Feed catalogue). All the four members have gone through the most disparate kind of collaboration: Jaga Jazzist to Mats Gustafsson, Raoul Bjorkenheim to Nate Wooley, the leader – saxophonist and clarinettist Kjetil Møster – a metal rock bassist in his past, before switching to reeds. Implausible yet efficient solutions abound, powerful sax blasts juxtaposed with half-ethereal, half-acrid atonal keyboard fluids (Morten Qvenild) that possess the rare gift of not sounding like an amassment of presets. The “rhythm section” – bassist Ingebrigt Håker Flaten and drummer Thomas Strønen – is in actuality half of a palette where abstraction, violence, rituality and persuasive soloing succeed, seemingly in lack of a definite compositional planning. The complete nonexistence of ambassadorial accents and inconclusively politic neutrality typical of a fat chunk of contemporary jazz brings the whole to an acceptable balance, though. After a couple of spins one realizes that these bizarre sonic concoctions cannot be filed in the archive of banality, despite the difficulty of welcoming them with real infatuation. In any case Trinity deserve attention, if only for their different sound and explorative curiosity. 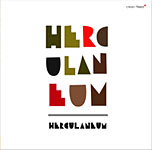 HERCULANEUM – Herculaneum III (CF 140)
Given the presence of a flute (Nate Lepine) and the album title, one would think about Focus. But this record is more like a finely detailed replica of certain past atmospheres involving medium-sized jazz combos and larger orchestral entities, the music skilfully devised in absolute respect for the tradition, lush arrangements and extensive solo sections alternated with sapience and sensitiveness. The large part of the tracks were written by drummer and vibraphonist Dylan Ryan, which might appear as an oddity but it’s not, the music possessing indeed an effervescent pulse that animates scores where, in some circumstances, the tremendous contrapuntal richness might induce someone to think to relative sluggishness. In that sense, David Mcdonnell (alto sax, clarinet), Nick Broste (trombone) and Patrick Newbery (trumpet and flugelhorn) provide a significant miscellany of non-invasive colloquialism and management of virtuosity, gratifying the ears with a melange of piquancy and obedience. Guitarist John Beard’s clean-toned rationality and bassist Greg Danek’s solidly corpulent presence complete an ensemble that consider revolution a dated concept while trying to revolutionize behind-the-times music. One can’t help but admit that listening to this attempt equals a lovely chat with a beautifully aged woman; even lovers of Frank Zappa’s The Grand Wazoo could find something palatable here. Good stuff.
http://temporaryfault.blogspot.com/2010/01/pair-of-not-so-recent-clean-feeds.html